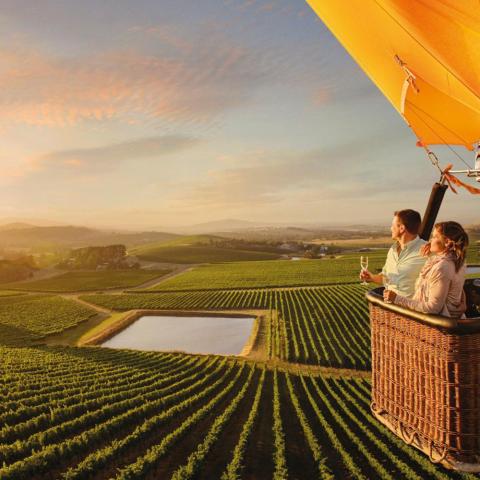 New South Wales
Exhibiting a warm climate with varying humidity, New South Wales’ fame currently resides in its whites. Hunter Valley, the most reputed district in this state, is known for Sémillon and Chardonnay.

South Australia
Known primarily for its robust reds, South Australia can be cool or hot, depending on whether the region is inland or costal. The Barossa Valley, Australia’s most famous region, has a climate that is hot and dry. Chardonnay is grown on higher-altitude hillsides, and the Shiraz is internationally renowned. Coonawarra is a somewhat cooler southern area that is the source of some of Australia’s best reds, particularly Cabernet. Clare Valley is an Australian paradox. Despite its warm, dry climate, it excels with Riesling, and produces it in a dry, fuller-bodied style.

Western Australia
Small producers are earning a growing reputation for fine wine. Margaret River has a climate between maritime and Mediterranean, and is known for its Cabernet and Chardonnay.