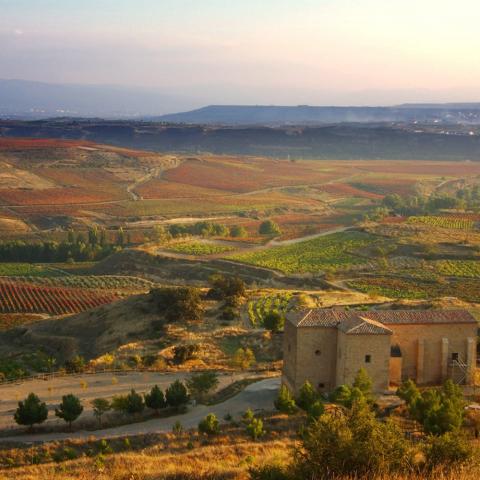 Wineries are scattered throughout Spain, and many of them are relatively new to the export market. Overall, the climate is very dry, but changes according to proximity to the sea. Five regions stand out for historical importance and the wine they produce: Jerez, Penedès, Priorat, Ribera del Duero and Rioja. Tempranillo is the primary grape in the blend that characterizes Rioja.

Jerez
Jerez is the famed sherry-producing region of Spain on the Atlantic coast of Andalucía. There are many different types of sherries with styles ranging from dry and nutty to very sweet dessert wines.

Penedès
Close to Barcelona, this region was one of the first to employ mass-production techniques and is noted especially for its sparkling wines. The climate is Mediterranean, and it produces both red and white wines. Key white varieties include Macabeo, Xarello, Parellada and Chardonnay, and the major red varieties are Tempranillo (Ull de Llebre), Garnacha, Cariñena, Cabernet and Merlot.

Priorat (Priorato)
This rustic, mountainous outpost south of Barcelona produces full-throttled wines of deep color and structure. The climate is typically dry and continental. This region has been enjoying an amazing rise to prominence since the 1990s, producing reds from Garnacha, Cariñena, Cabernet, Merlot and Syrah.

Ribera del Duero
This was the first area to challenge Rioja’s domination of the Spanish fine wine market. Classified only in the late 20th century, it is destined to move up in status. Extremes of climate are the hallmark of this upper valley region. Red varieties of importance are Tempranillo (a.k.a. Tinto Fino or Tinto del País), Garnacha, Cabernet, Malbec and Merlot.

Rioja
Spain’s most important and popular region for table wines, Rioja has a climate with both maritime and continental influences. There are three sub-regions: Rioja Alta in the west, Rioja Alavesa in the north-central sector, and Rioja Baja in the east. Aging is an important element here, and wines are classified according to the time spent in wood. Viura, Malvasia and Garnacha Blanca are the primary white grapes and Tempranillo, Garnacha, Mazuelo and Graciano constitute the famous red blends.